Does China have a lithium battery dedicated to energy storage projects?

This is a very interesting question. According to the statistics of Energy Storage Application Branch of China Industrial Association of Power Sources, the cumulative installed capacity of chemical energy storage in China ranked second in 2017, reaching 385.0 MW, of which lithium-ion battery installed the largest, reaching 60%.

Don't rush to give answers to the questions raised in the opening section, and listen to what the professionals say.

Not long ago, Mr.Peng, general manager of Shanghai New Energy (Hefei) storage Tech. Co., Ltd., said in an interview with ESCN （China Energy Storage Network）that there are basically no real energy storage batteries in the market, and none of the major power battery manufacturers have Invest in a dedicated energy storage cell production line. 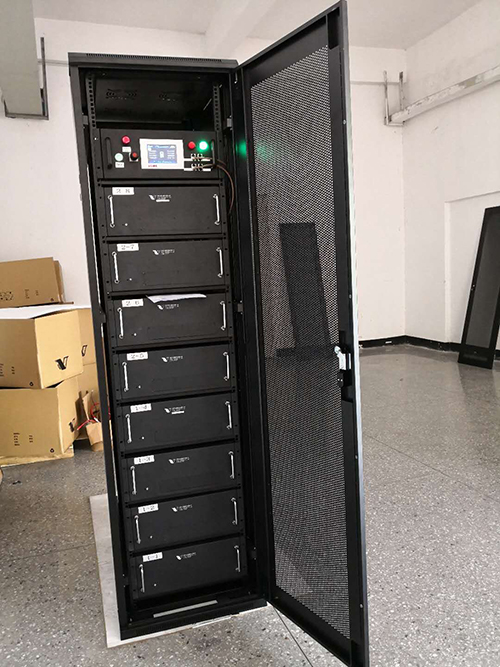 Battery performance requirements vary depending on the application scenario. First of all, as a mobile power source, the power lithium battery has as high a requirement as possible for the volume (and mass) energy density under the premise of safety, in order to achieve a longer lasting endurance. At the same time, users also hope that electric vehicles can be safely and quickly charged. Therefore, power lithium batteries have high requirements for energy density and power density, just because safety-type batteries with 1C charge and discharge capacity are widely used for safety reasons.

The Leader of Energy Storage Technology Research Group of INSTITUTE OF ELECTRICAL ENGINEERING,CHINESE ACADEMY OF SCIENCESE,Mr.Chen has pointed that, for power peaking, off-grid PV energy storage or user-side peak-to-valley difference energy storage scenarios, generally need The energy storage battery is continuously charged or continuously discharged for more than two hours, so it is suitable for a capacity type battery with a charge and discharge rate of ≤0.5C; for energy storage scenarios where power frequency modulation or smooth renewable energy fluctuations are required, the energy storage battery needs to be in the second to the minute. The stage time is fast charging and discharging, so it is suitable for the application of ≥2C power battery; while in some applications that need to bear the frequency modulation and peak shaving, the energy battery will be more suitable. Of course, the power can also be used in this scenario. The type is used in conjunction with a capacity type battery.

There are a thousand Hamlets in a thousand people's eyes. However, Mr. Huang, vice chairman of CATL, publicly opposed the use of power batteries, especially backward power battery capacity, in energy storage projects.