Hydrogen is the cleanest energy in the world today. In recent years, with the development of new energy automotive industry maturing, fuel cell technology as one of the ways to achieve more and more attention, thus driving the overall development of the hydrogen industry chain. According to the strategic agreement, the two sides will conduct comprehensive exchanges and cooperation in such business areas as building the joint development center for hydrogen energy and promoting the demonstration of the hydrogen energy base in Wuhan, so as to achieve strong and strong cooperation and mutual benefit. 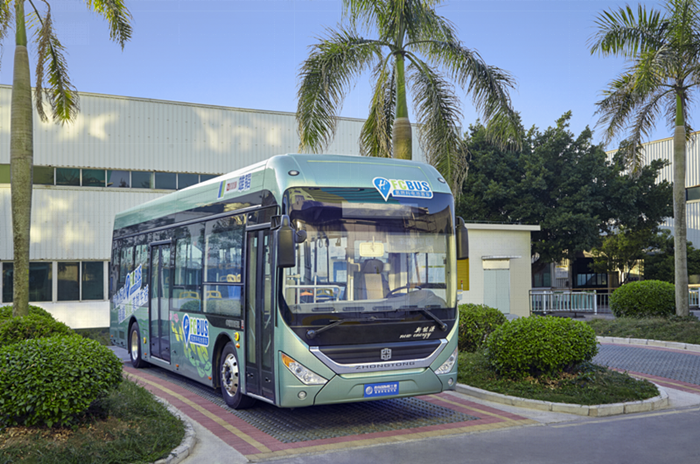 As the leader of the energy industry, Vision group has long been aware of the general trend of "energy conservation, environmental protection, intellectualization, networking and sharing". By seizing new opportunities for economic development, Vision speeds up the layout of new technology. In the field of new energy sources for hydrogen fuels, we have accumulated rich experience and created subversive technological advantages by "taking the first step", creating many leading products and leading the healthy development of the energy industry.

At present, Hydravhas completed the annual capacity of 20,000 sets of hydrogen fuel cell engine production line; 100,000 square meters per year of fuel cell membrane electrodes production line (the largest in China and the world's leading); the first fixed hydrogenation station in Hubei with a daily hydrogenation capacity of 1,000 kg, is also one of the largest hydrogenation stations in China. At the same time, the self-development of hydrogen fuel cell engine products has been completed. The technical performance of the products ranks among the top in China, and more than 20 announcements of fuel cell vehicles have been made in cooperation with several host factories.

At the signing ceremony, Xia Yang-kui, General Manager of Jiangnan Gas Company of WISCO, said that the main business of Jiangnan Gas Company in WISCO is gas transmission and distribution and hydrogen energy operation. Hydrav is committed to become the leader of global fuel cell solutions, hoping to make full use of the advantageous resources of both sides and gradually achieve full industrial chain cooperation. Zhao Xiaoli, Vice President of Vision group Investment, said that the 27-year deep-farming energy industry of Vision Group and the strategic cooperation between the two sides are beneficial to each other and will promote the common development of both sides in the field of hydrogen energy application.

Xiong Yun, President of Hydrav, said that as a city of automobiles, Wuhan has many advantages in the development of hydrogen industry, such as early start, strong scientific research strength, excellent industrial base and advanced policy, with the benefit of national policy. As a representative enterprise in the hydrogen energy industry in Wuhan, Hydrav hopes to work together to build a national demonstration zone for the hydrogen energy industry in central China with Wuhan as the center.